We had the final kyu gradings of the year at the Longbridge dojo on Wednesday 19th December 2018. These were conducted by Sensei Sue Hession and attended by Sensei Dorien Cummins with Sensei Richard Amuzu joining whilst recovering from an eye operation and a special appearance by Sensei Austin Birks 5th dan, who came from a chemotherapy session to be there.

We were all very pleased with the high standard shown by all who graded and by those doing a pre-dan grading check in preparation for taking their black belts grading at the next dan gradings. 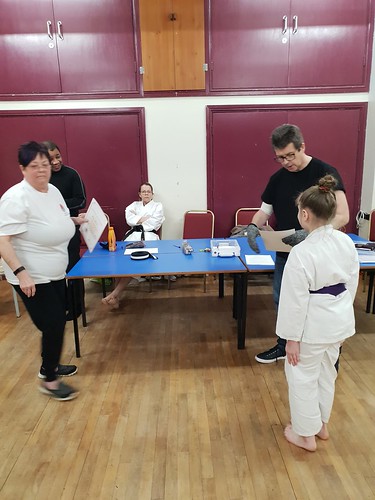 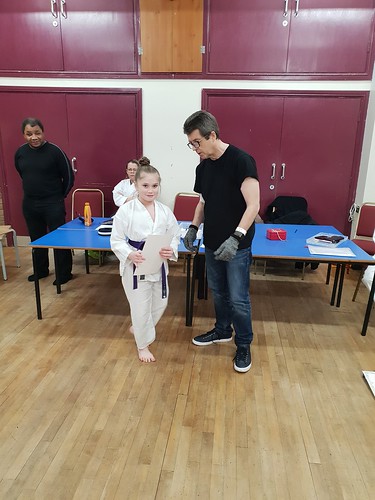 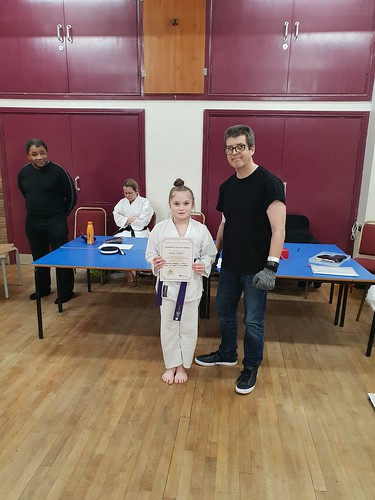 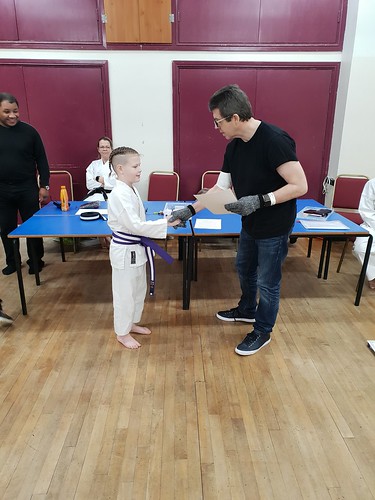 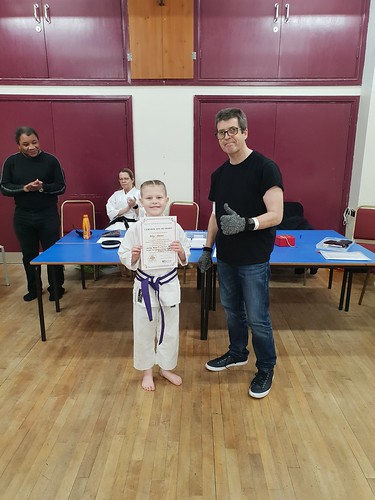 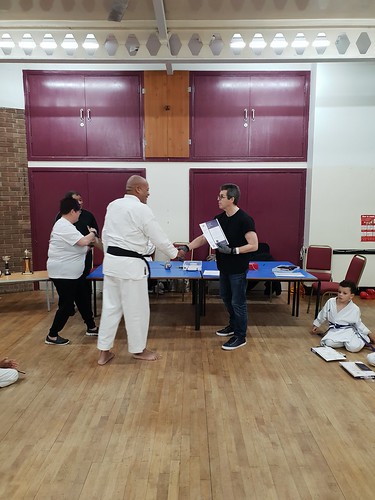 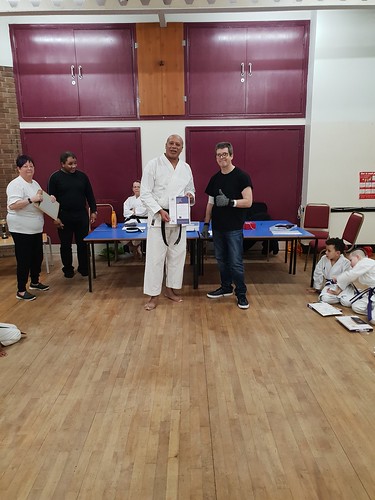 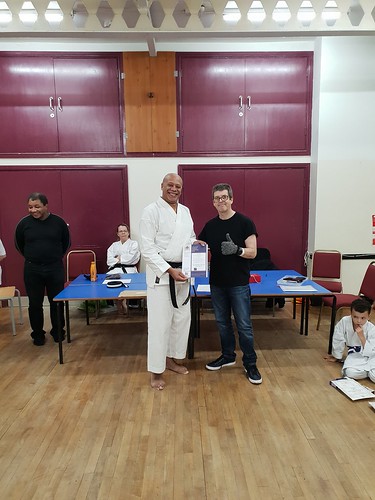 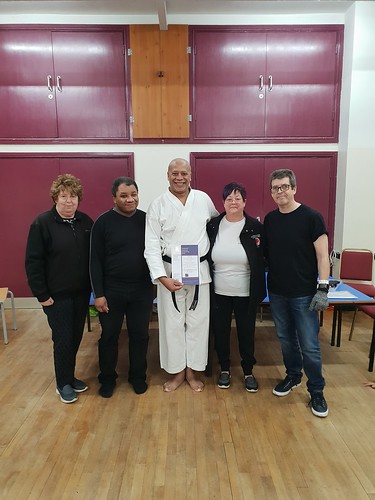 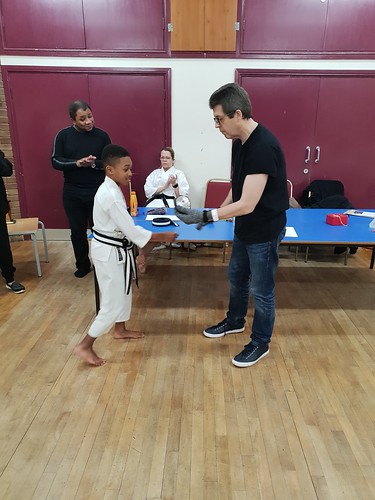 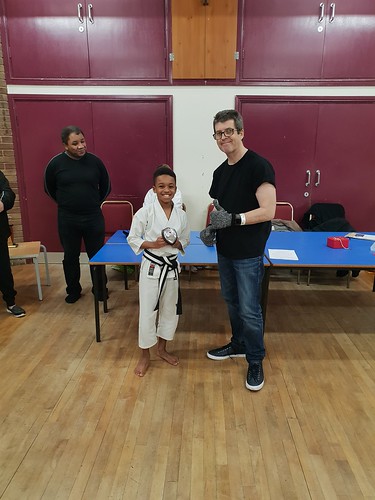 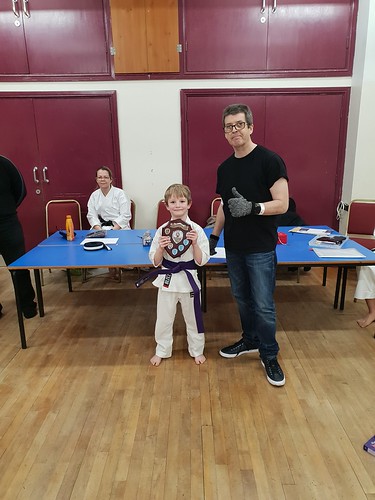 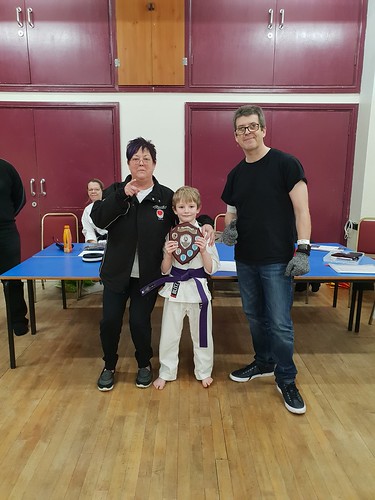 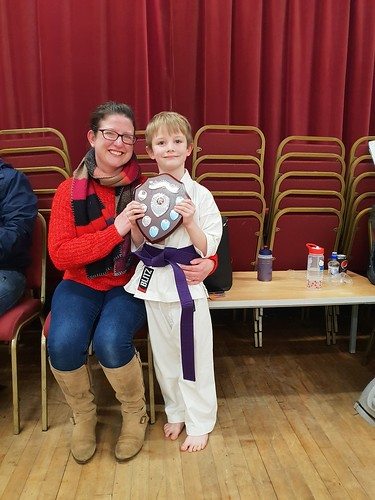 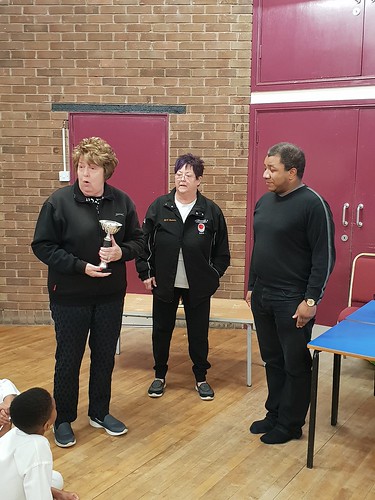 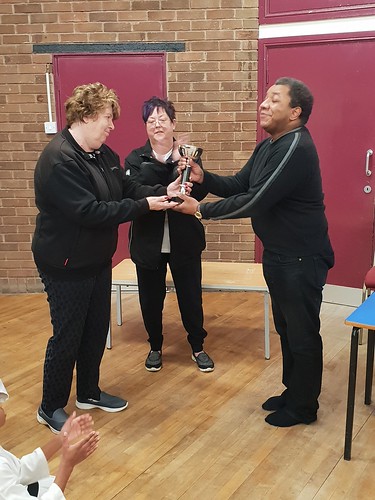 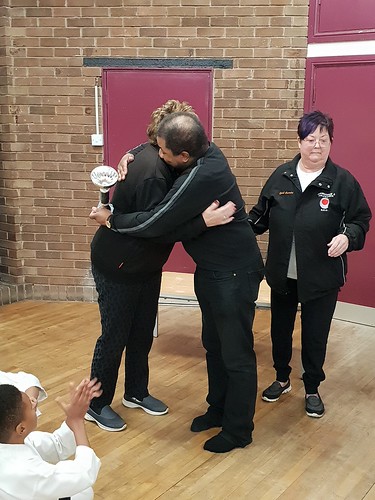 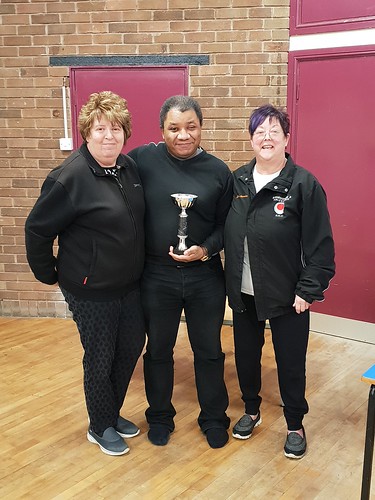 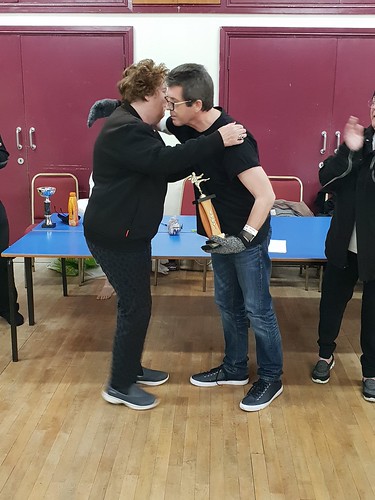 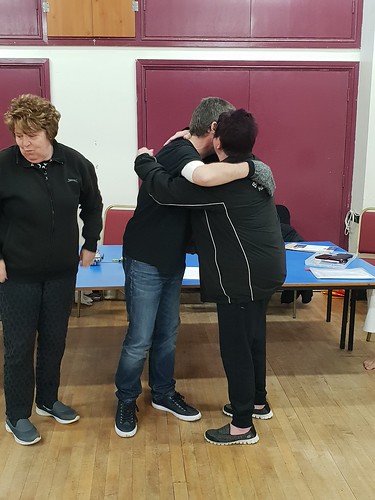 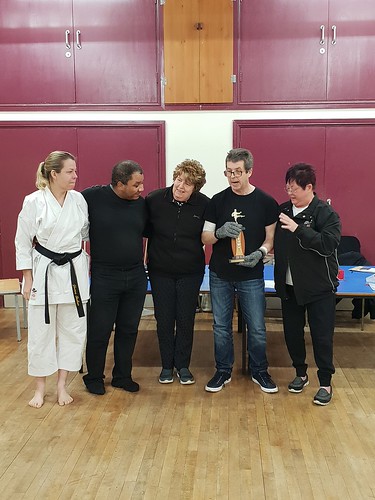 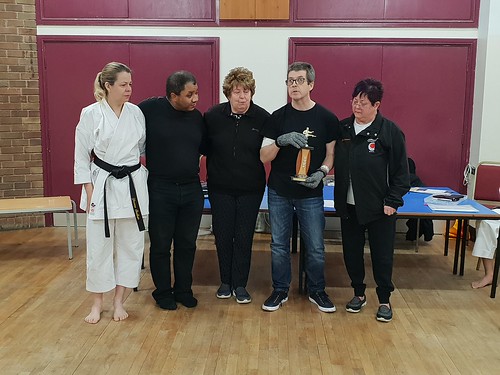 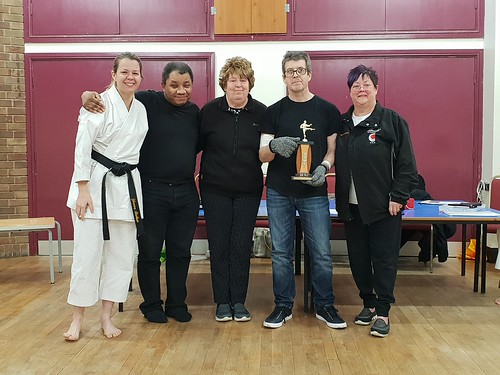 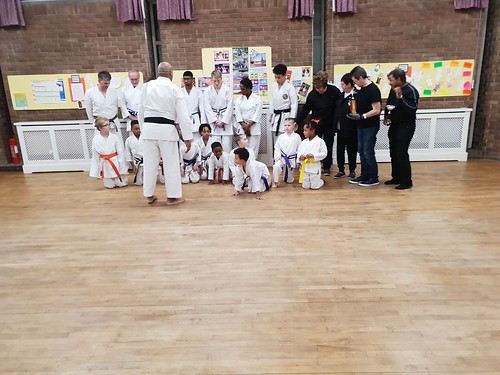 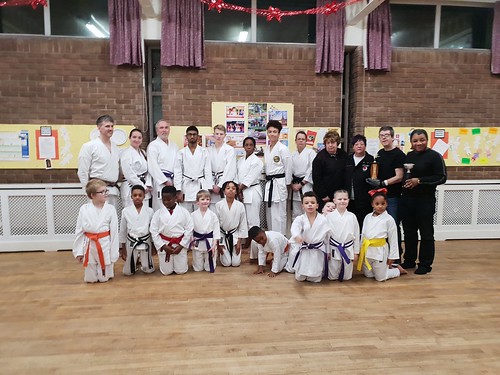 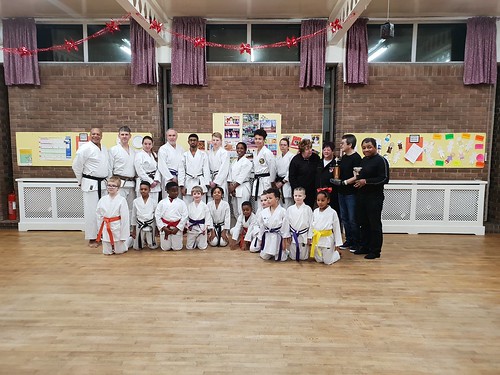 Last year’s Student of the Year winner, Elijah Farrell-Reid passed on the club shield to Lincoln Boult receiving his own personal shield to keep in its place.

“Magic” Mike Paul was presented with his Assistant Instructors license. Mike has been helping out at the club for a while and is also involved with the clubs web site administration and updates. He has worked diligently since starting to achieve his black belt and his calm and patient nature pays dividends when teaching.

In what was an emotional part of the evening Sensei Dorien Cummins gave two momentos which used to belong to our late instructor and BHSKC founder Shihan Cyril Cummins 8th Dan in the form of trophies won by Shihan Cummins to Sensei Austin Birks and Sensei Richard Amuzu for there long service to the club.